“Scale” is a term that refers to the size of a certain thing. The scale of a sound is often thought of in terms of loudness and quietness, but I asked the question, “What if the scale of sound is not merely determined by its volume?” There are endless methods that could be used to measure sound’s scale, but I decided to explore sound in relation to the size of its listeners. The sounds I created exist in response to three different worlds: the first is our world, the second is a world much smaller than we are, and the last is a giant world. Different sized worlds are a common theme in novels, so I used a book and literary quotes as a visual accompaniment to my sound explorations.
00:00
00:00

The two components to my project are a soundscape and a book. For the soundscape, I used various audio clips from the archive of sounds that I have recorded over the semester, digitally manipulating some of them to create a more other-worldly effect. The soundscape exists in three phases that represent the three different worlds. For each phase, I created a background track that contains a constant sound that describes the scale of the world, and then played shorter, more noticeable sounds over top of it. The book that I created can be flipped through as one listens to the sounds, so there is a visual component to the experience. There is text, which serves as a sonic experience of its own, and there are graphics and pictures to give the effect of traveling through space.

A sound's volume is not the most important thing about it, and I think that there are much more interesting ways to think about scale, which is why I chose to think about it in terms of its listeners. After all, a sound is a relationship between a thing that makes the noise and a thing that hears noise. If this is the case, then maybe scale of sound is indirectly determined by the size of its listeners. This is why I chose to create three sections to my piece as if they were each playing in a world of a different scale.

The concept of different sized worlds is very fantastical, and I have noticed that it appears many times in literature, especially children’s novels. I am thinking specifically of books like Alice in Wonderland by C. S. Lewis, and Gulliver’s Travels by Jonathan Swift, both of which made an impression on me when I read them at a young age. In both of these books, the main character somehow ends up traveling through different worlds. Both of these books also have dramatic shifts in scale: Alice drinks and eats magical foods that make her grow and shrink, and Gulliver ends up on different islands, one with very small people and one with giants. I thought a book would be the perfect physical form for my project because the “different world’ theme comes up so often in them, and also because reading a book has often been compared to being transported to another world.

Reading is a practice that adds another kind of sonic scale to the piece. When one is reading and listening, they hear the sound of their own brain reading the words while also comprehending the exterior sound. Reading a story is often compared to being lost in another world. I think of this reading experience as a small world that exists in the relationship between the book and the brain. This world becomes so absorbing that the reader will often tune out the exterior sound, therefore making the small book a larger sonic experience than the outside world.

The first section of my performance focuses on Our World, where we exist everyday and are used to the sounds we hear. I included many noises that are often heard in the background of life, like birds, cars, and strangers talking. I intended to give the impression of a character taking a walk, in a generic location, perhaps in nature but near civilization. I included text: some of it is quotes from books, and some is the words that are being spoken in the audio. The translucent pages represent the thoughts of the reader that interrupt and overlap each other.

In the second chapter, the reader comes into a Small World. I used bright colors to represent the interesting newness of unusual surroundings. The audio is high-pitched, inspired by insects and computer sounds. The sounds are short and change quickly. It is not the kind of audio that one hears everyday in their own world. Because this is a world that we don’t fit into, the sounds are meant to be slightly uncomfortable to the listener. I included a small book inside of the big book, which includes quotes from Alice in Wonderland and Gulliver's Travels that are about the small worlds/people they encounter.

Finally, in the last chapter, there is a Giant World. The pages of the book fold out and fill up the video frame. The sounds are inspired by big things, like thunder and the ocean. They are low-pitched and change slowly. The quote I chose for this page is from a book called Little Fuzzy, and although it is about small animals called fuzzies, it is also about traveling from Earth to other planets and, quite literally, finding new worlds. I found this specific quote relevant to the Giant World context. 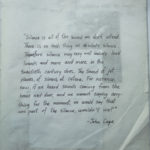 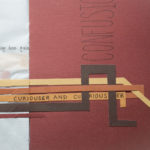 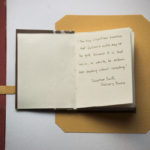 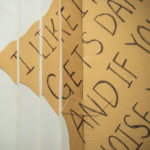 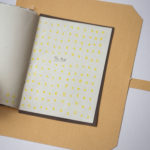 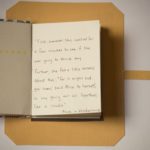 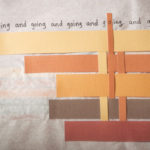 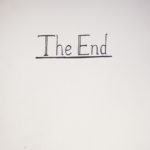 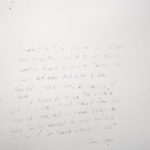 Creating different worlds sonically led me to think about scale in a way that I had not considered before. Even though it’s a less direct way of experimenting with scale, I think it is much more interesting than if I had merely experimented with different volumes. I was originally thinking about scale as determined by the size of the thing that makes the sound, but as I did more research, I decided that was not a very artistic way of describing scale. The way that the book and the sound interact with each other is interesting because a book is a good analogy for being transported to a different world. This experimental project led me to explore the world of scale using a method and a medium that I would not have expected myself to try. 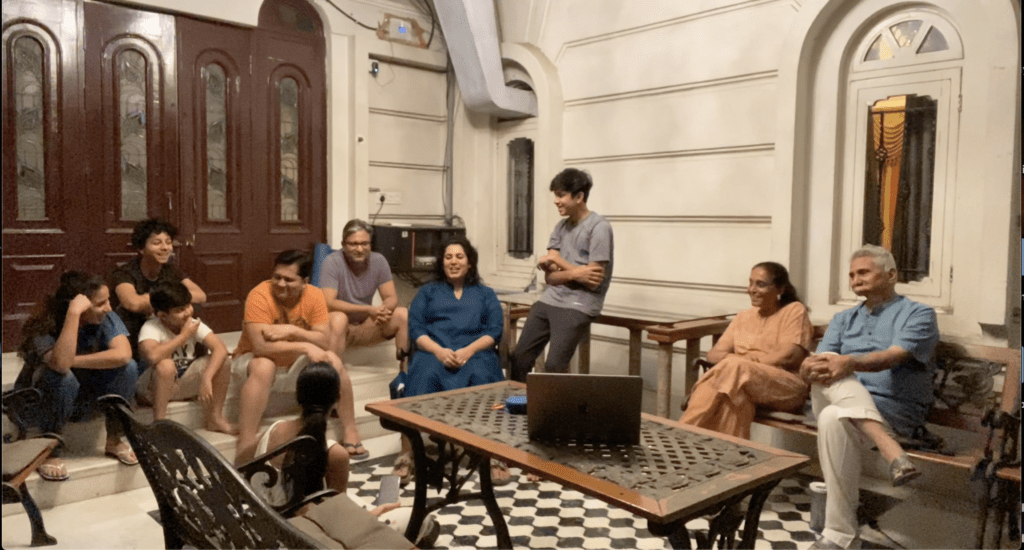 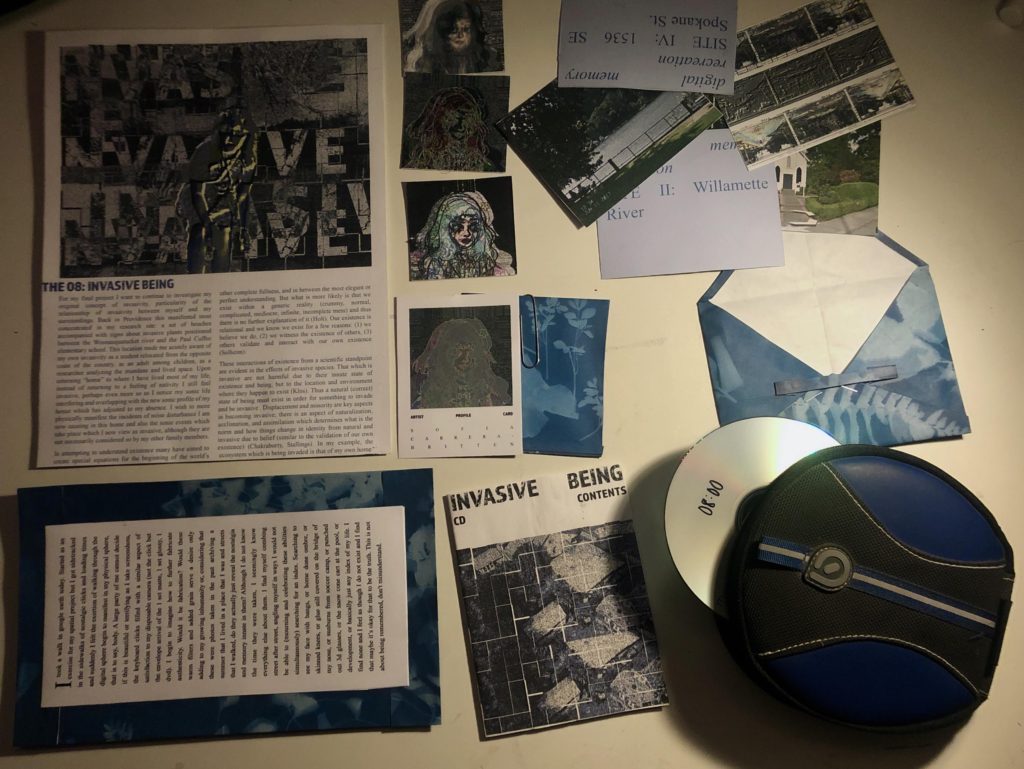 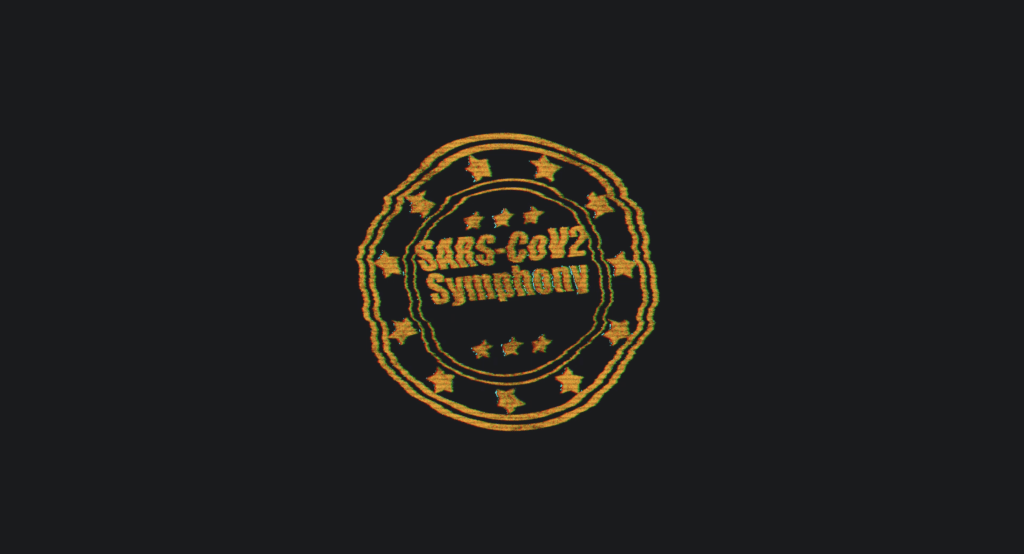 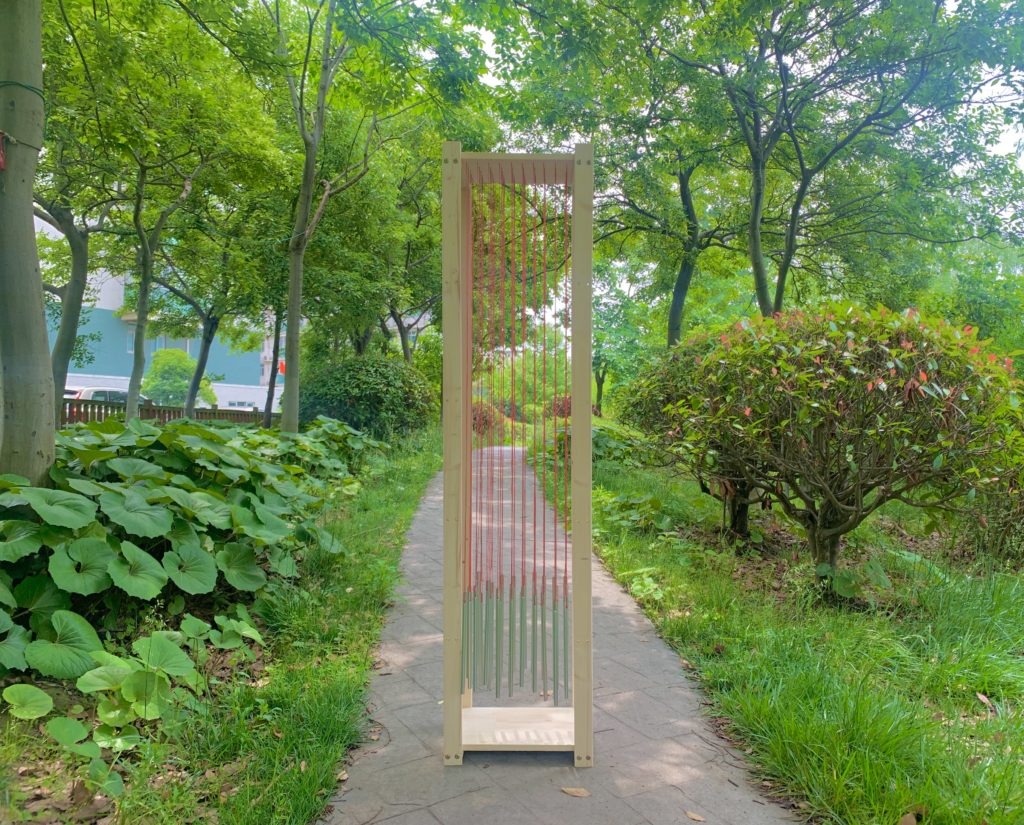 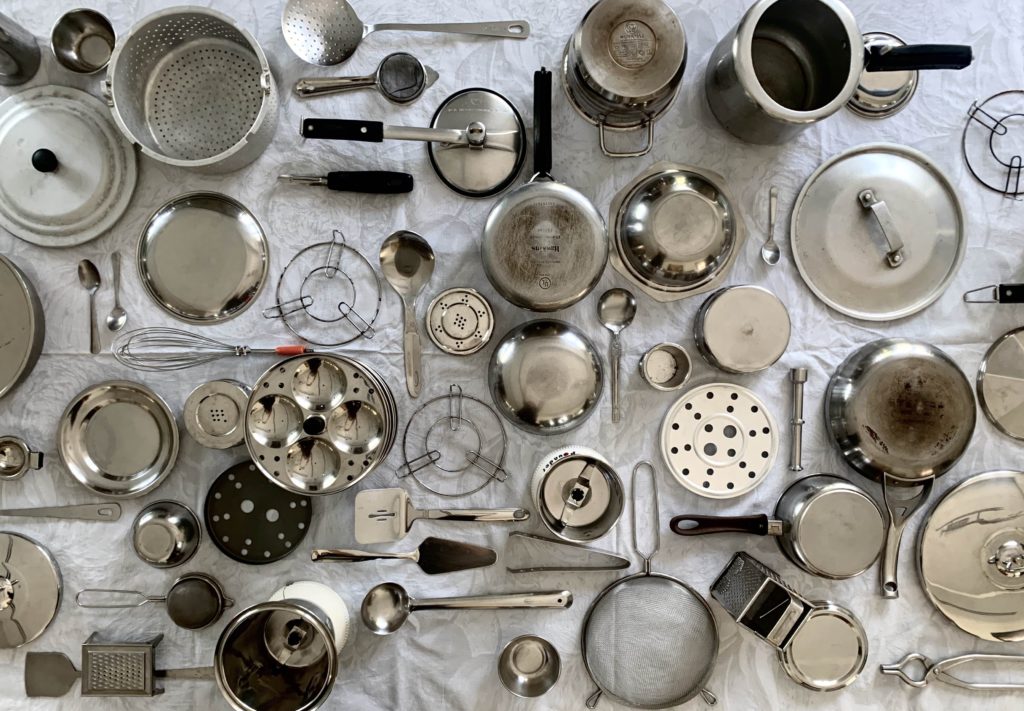 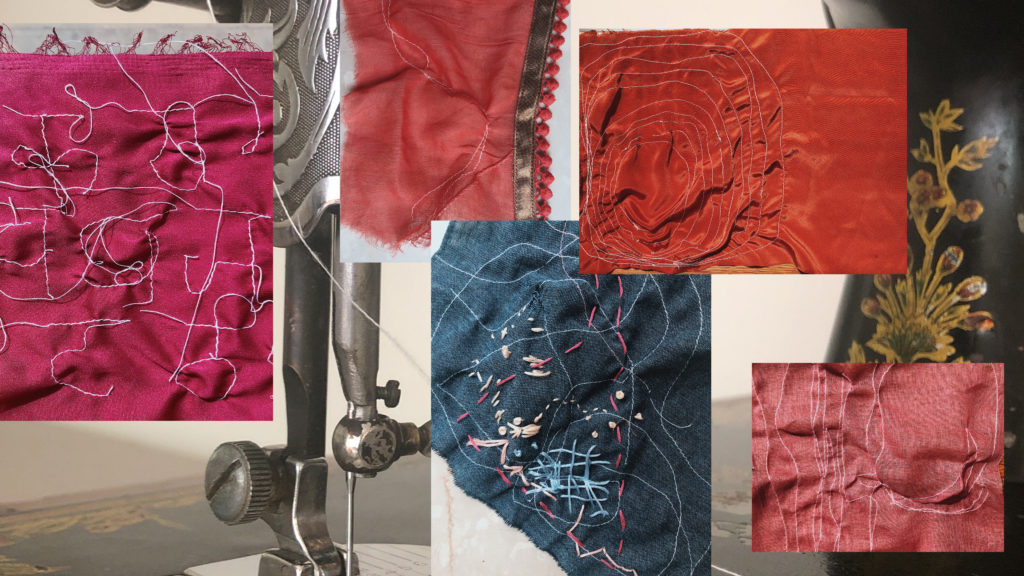